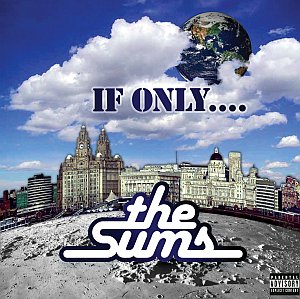 Out of the ashes of their previous band ‘Smaller’ rose ‘The Sums’ with a stronger arrangement of musical master pieces.

"We aim to put Liverpool on the moon and not only on the map" says singer Digsy. Based in Liverpool , Smaller were a part of the UK Brit pop scene who smashed into the indie top 10 with classic singles taken from the critically acclaimed album Badly Badly featuring the tracks, Stray Dogs and Bin Bags , God I Hate This Town and Is featuring Noel Gallagher on guitar.

This album captures an honest representation of who we are and how we sound with out any major label production. A lot of people have been waiting a long time for a release from us, and after all this time, its good to be able to share what we’ve created, and to be put back in a position to move forward musically and prepare for the next album" says Chris Mullin songwriter and bass player from the band.